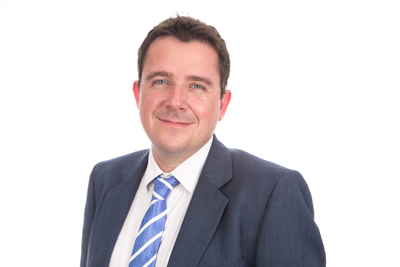 James joined Slee Blackwell Solicitors in 2001 having graduated in law from Exeter University. He specialised in Personal Injury Law from an early stage, qualifying as a solicitor in 2004. James has written extensively on accidents involving animals and his particular specialism in dog bite and dog attack cases has led to him becoming the media’s ‘go to’ lawyer when such cases hit the headlines.

In 2007 The Devon and Exeter Law Society named James as their Young Solicitor of the Year. In 2008 James, who lives near Tiverton, had the honour of being named as Pro-Bono Hero by the Attorney General for his work on our free legal advice web site. He was shortlisted for the Devon and Somerset Law Society awards in 2016.

We use cookies on our website to give you the most relevant experience by remembering your preferences and repeat visits. By clicking “Accept”, you consent to the use of ALL the cookies.
Cookie settingsACCEPT
Manage consent

This website uses cookies to improve your experience while you navigate through the website. Out of these, the cookies that are categorized as necessary are stored on your browser as they are essential for the working of basic functionalities of the website. We also use third-party cookies that help us analyze and understand how you use this website. These cookies will be stored in your browser only with your consent. You also have the option to opt-out of these cookies. But opting out of some of these cookies may affect your browsing experience.
Necessary Always Enabled

Any cookies that may not be particularly necessary for the website to function and is used specifically to collect user personal data via analytics, ads, other embedded contents are termed as non-necessary cookies. It is mandatory to procure user consent prior to running these cookies on your website.

An important update from injurylawyersdevon.co.uk

We wish to reassure everyone that we are maintaining a full service during the coronavirus crisis.

All our lawyers are working hard for our clients and can be contacted by telephone, email and video.

Enquires can also be sent to us at james.mcnally@sleeblackwell.co.uk.